Finishing your fringe is like icing a cake. You can create a highly decorative look or something clean and simple. Beyond aesthetics, how do you know which technique is best for your specific circumstance?

The purpose of finishing your fringe is to secure the weft and, if necessary, keep the yarn from fraying. Some folks aren’t bothered by a little bit of fluff (I‘m one of those folk), while others would rather maintain a clean look. 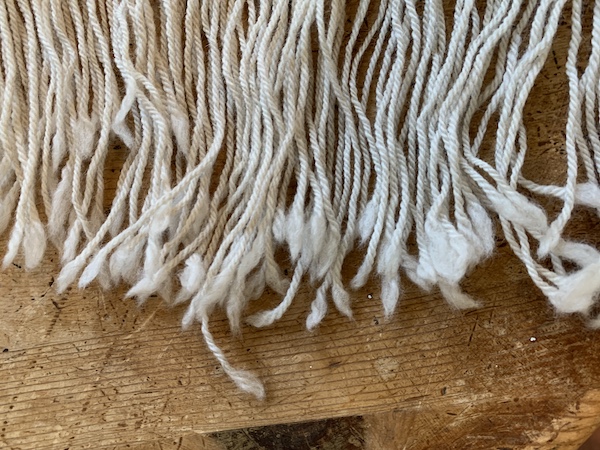 To determine if your yarn will fray, take a small snippet and swish it about in warm water, rubbing the ends a bit. Let it dry and notice what happens to the ends. This is most likely how they will look with washing and wear in your woven piece.

There are four primary ways to finish your fringe—knotting, twisting, stitching, and hemming. There are advantages and disadvantages to each one.

Knotting can be as simple as tying an overhand knot, or highly decorative by tying a series of knots. A single row of knots creates an open fringe and doesn’t keep the yarn from fraying. I’m a fan of decorative knotting as it gives me the open look of fringe, but mitigates fraying. You can see how the fringe below is worked on my YouTube channel. 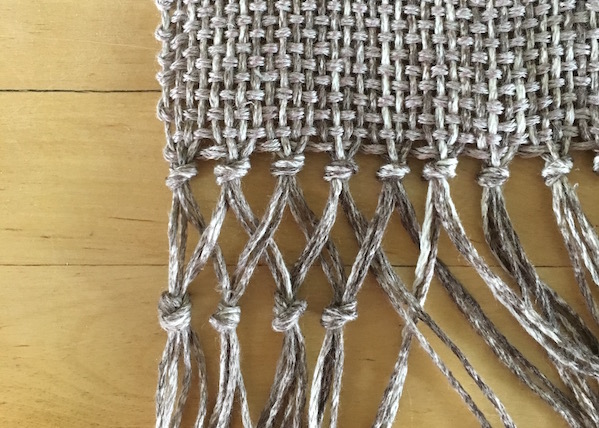 A classic weaverly finish is to work a twisted fringe. It preserves the look of fringe, but prevents the yarn from fraying. Braiding will also do the trick. In this example I worked two rows of offset knots and then worked a twisted fringe. 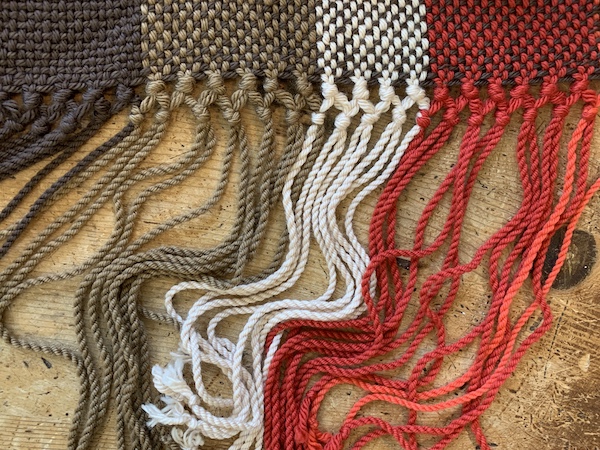 Hemstitching and embroidery stitch are popular, because they are worked on the loom and don’t require any further finished work off the loom. However, they doesn’t prevent the yarn from fraying. Shown here is what weavers call the embroidery stitch, which is very much like the daisy chain stitch. It isn’t as secure as the hemstitch, but works up much quicker. As long as you don’t trim the fringe too short, it holds up well. 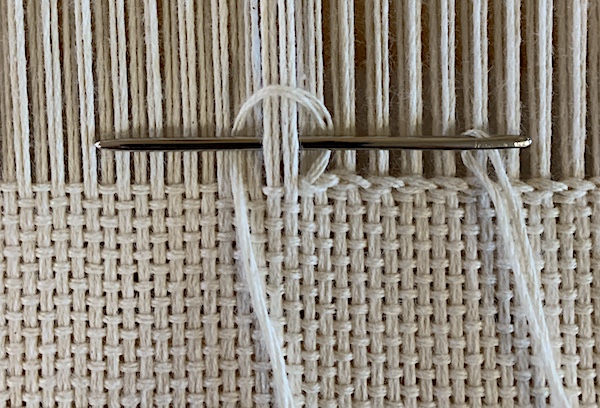 Encasing the fringe in a hem is the ultimate protection from fraying and gets rid of the fringe altogether, but it can also affect the drape of the cloth. Burying the fringe in the cloth and snipping the ends is another option. This is often used with weft-faced weaves. 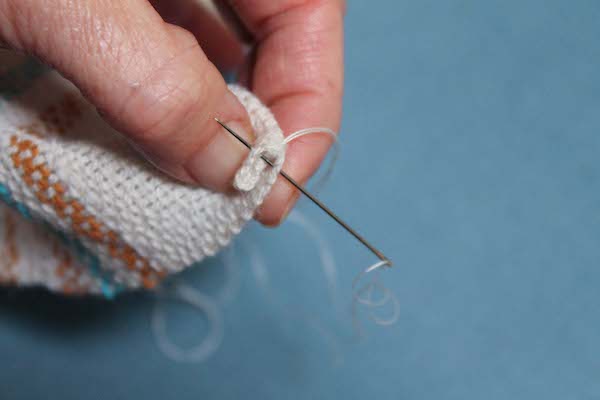 In one of my previous Knitty columns, I did a round-up of finishing techniques with a bit of how-to thrown in. Here are three of my favorite books on finishing work. (No affiliate links used here.)

Finishes in the Ethnic Tradition by Suzanne Baizerman and Karen Searle

Finishing Touches for the Handweaver by Virginia West 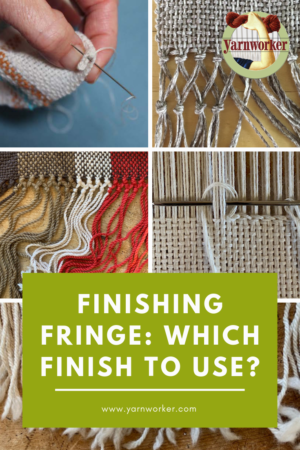 2 thoughts on “When to Use Which Finish”