This information is adapted from A Weaver’s Guide to Yarn, page 20.

When it comes to choosing yarn color for weaving, it can come down to this central question: Is contrast important or not? In some weaves, color-and-weave for example, contrast is extremely important. In other applications, you may not want to highlight the differences between colors, but rather focus on highlighting one color or another.

A lot of weavers create contrast by using complementary colors, but that doesn’t always work. Contrast is created when two color values are different. For instance, a tinted yellow with a tonal purple

A quick way to determine if yarns have value contrast is to take a photo of the two yarns, using your smartphone. Use the edit feature on your camera to change the photo to grayscale. To do this on most smartphones, pull up the photo and select “edit.” Find the color setting and change the saturation to -100, by moving the slider all the way to the left. If you have the option, do the same for hue. You can also use one of the black and white filters, which will give you similar, but not always completely accurate, results.

If you can still see the two colors as distinct shades of gray, then you have decent value contrast. If you can’t see a distinction, then the yarns have low contrast. 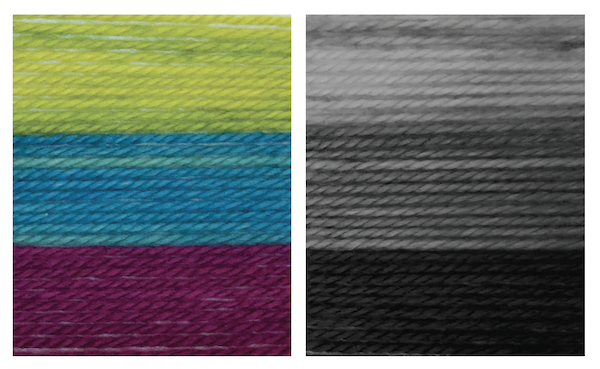 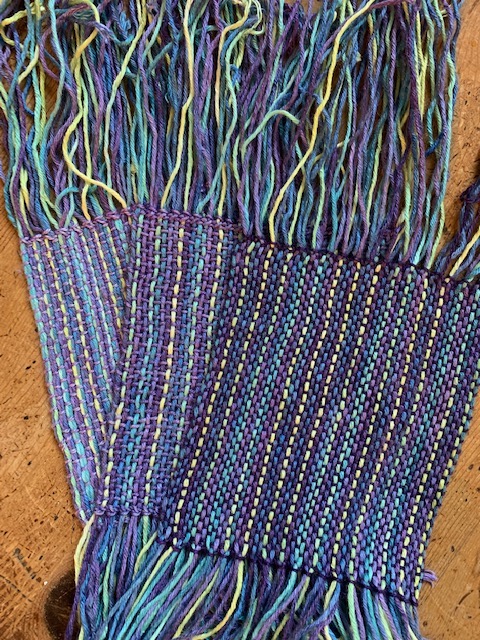