You have been weaving along with nary a care in the world, and then suddenly the slot layer of your shed goes slack. It happens for lots of reasons. Here are three fixes that will get you out of a jam.

Looms without front and back beams can sometimes lose even tension partway through a long warp. This isn’t the only reason this happens—it could be that your yarns are stretching too much or two little—but it is the most common reason. (I explain why in this blog post.) One way to help you get to the end of your weaving is to take a pick-up stick and place it under the warp behind the heddle and slide it on top of the back beam. This will lift the warp up slightly and add a bit more tension. You have to readjust the stick each time you advance the warp. 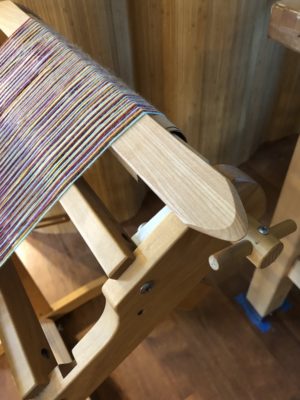 Another option that will allow you to add a bit more weight to the slotted layer is to place the heddle in the up position, slip a flat stick (I use a warping stick) between the layers so that it is sitting on top of the slotted layer, then slide it up over the back beam, and let it hang off the back of the loom. You can add weights on either side of the stick to give it more heft. 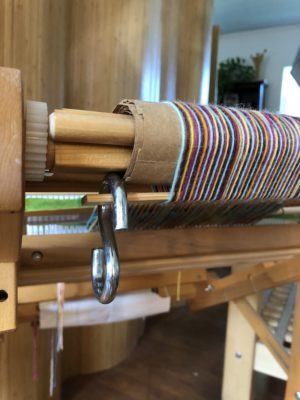 If this still doesn’t do the trick, try placing the heddle in the up position so the layer threaded through the holes are up, then slip the stick between the upper and lower shed behind the heddle, and slide the stick over the back beam between the two layers of the shed. This puts weight only on the slotted layer, however it will only work if you are weaving plain weave and don’t have any other pick-up sticks involved.

I learned a new trick during the Hudson Bay Weave-Along—you can repack your front beam without cutting and retying your warp! You can read about this nifty technique in this blog post. 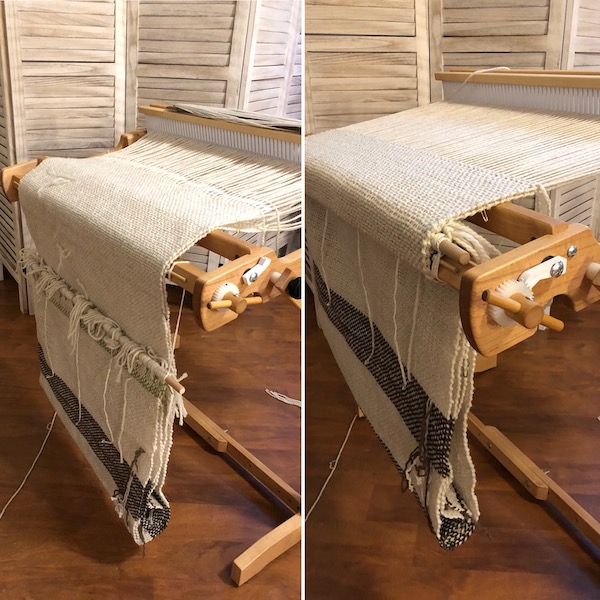 Tie On in the Down Position

Some loom manuals will instruct you to tie the warp on with the heddle in the down position. This befuddled me when I first encountered this instruction. Why would you do that? One reason is that it puts slightly more tension on the slot layer than the hole layer. This is particularly handy with yarn that have little to no elasticity, such as linen. I found it a more loom-specific technique, for looms without front or back beams. I don’t recommend it as a general practice, because it stresses the yarn layers differently, which can lead to other problems. But if you are having a recurring issue, try it out. It just might work for you! 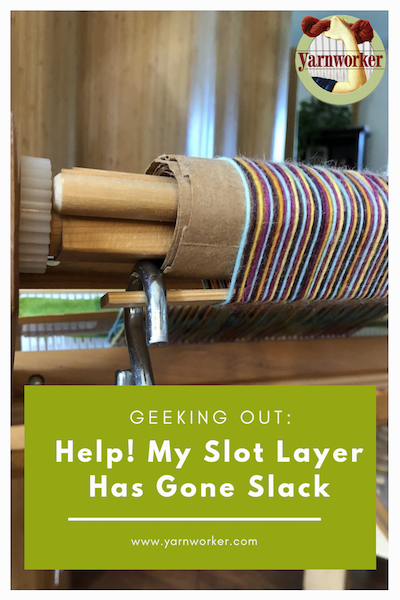 3 thoughts on “Geeking Out: Help, My Slot Layer Has Gone Slack!”