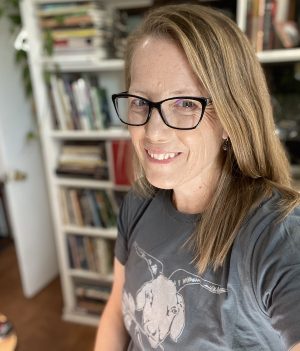 I am a weaver, writer, and educator who is smitten with small looms and big plans. Passing my love of the loom on to newcomers is what makes my heart happy. I spend my days weaving, writing about weaving, and teaching others to weave. The rigid heddle is my loom of choice—a perfect little loom for a great big world.

I come from a family of makers and storytellers. With an educational background in wool science, socioeconomics, video production, and adult education, the sharing of yarncraft has occupied much of my life. It feels like only yesterday that I found a place within the weaving and spinning community, but looking back, it has been decades. Being a good yarn citizen is an underlying lifelong value. I support continued reflection and efforts on how the contemporary fiber arts community can be more inclusive and culturally diverse.

The Winding Road From There to Here

The first phase of my career was working for non-profits in both direct service and administration for a community-based non-profits. (Before then I worked as a cook, barn hand, and canvasser.) In 2001, I was hired by Interweave Press to work on their weaving and spinning magazines, now housed under Long Thread Media, eventually spending most of my time as Managing Editor of Handwoven. I had the opportunity to do all sorts of interesting things including working as crew on the Spin-Off Autumn Retreat (SOAR), serving as the go-between for Handwoven’s stylist and editor in the photography studio of Joe Coca, co-hosting the first three seasons of Knitting Daily TV on PBS, and working on Interweave’s first digital product, The Best Of Handwoven: Top Ten series. (PDFs seem so quaint now.)

In 2008 I was given the opportunity to write Weaving Made Easy, a foundational book for new rigid-heddle weavers. Anything is easy if you know how to do it, but giving folks the foundation to help them find the easy, is thrilling and it was through writing this book that I feel more deeply in love with teaching. I worked with Interweave to create four video workshops, Slots and Holes: 3 Ways to Warp Your Rigid Heddle Loom, Life After Warping: Weaving Well on the Rigid-Heddle Loom,  Twice as Nice: Weaving with Two Heddles on a Rigid-Heddle Loom, and Double Your Fun: Doubleweave on a Rigid-Heddle Loom—all available at Long Thread Media.

I left Interweave in 2009 to work for Schacht Spindle Company the maker of the Flip and Cricket rigid heddle looms. There I gained a deeper understanding of loom mechanics and the dedication our tool makers bring to the craft.

During this time the industry was undergoing radical change, and right along with it so did how crafty information and inspiration get delivered. Blogs, social media, and videos viewed on all sorts of devices and platforms make it possible for more voices in the yarn universe to be heard. 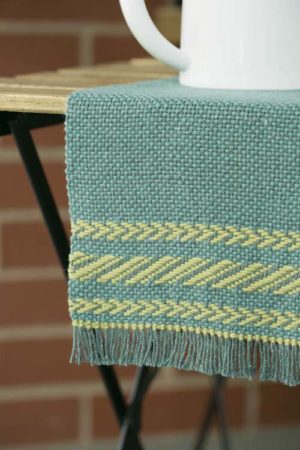 In 2011, I struck out as a solopreneur seeing what kinds of things I could do on my own. In the beginning, I focused on video for other small businesses supplementing with some contract work as a producer for Craftsy during its early start-up. In 2013, I launched this website, Yarnworker, as a place for me to have a home in the yarn universe and produce my own content. I also leaned into community-building work; serving on the now defunct Spinzilla committee for its first three years, it has been reborn as Spin Together, and working with Weave A Real Peace’s board to develop some strategic initiatives.

Along the way, I’ve written articles for many popular fiber-related magazines including Craft, Creative Knitting, Handwoven, Ply, Spin-Off, and Yarn Market News. In 2015 I became a columnist for Knitty, launching Get Warped, a weaving-for-knitters feature and wrote the column for three years.

In 2016, I  teamed up with Purl & Loop to create the Swatch Maker Looms, a simple tool that helps weavers sketch out their ideas before they head to the loom. Bringing together a bunch of skills I picked up along the way, I self-published A Weaver’s Guide to Swatching, to walk weavers through the process of using a frame loom to swatch for their projects. When Angela, the founder of Purl & Loop decided to seek out other life adventures, I took over the production of this loom line. 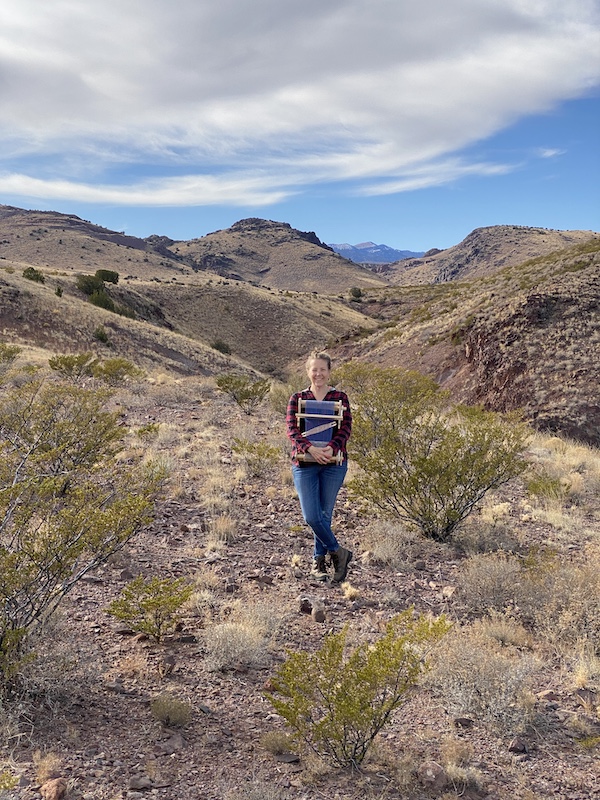 In 2017, I published my second book with Interweave, Handwoven Home. It celebrates my love of making cloth to live with.

The same year I published Handwoven Home, I launched the Yarnworker School of Weaving, an online school for developing your rigid heddle know-how. This venture is funded by the generous support of the Yarnworker Patron Community, who make this stage of my weaving career the most joyful. Teaching others makes my weaving life richer—who is the student and who is the teacher can shift, and that’s what keeps me going. Students challenge me to be a better weaver.

My most recent projects include the publication of second guide, A Weaver’s Guide to Yarn, and  continued collaboration with Gist Yarn & Fiber to create yarn playboxes for weavers. 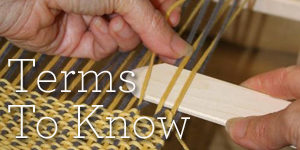